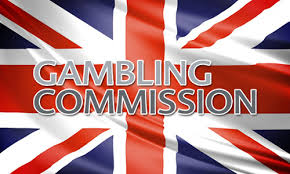 The UK Gambling Commission put a spoke in the wheel

In its ongoing work to offer a safe and secure online environment for the UK population. The UK Gambling Commission (UKGC) has taken yet another step. And this time around, they are targeting the game content suppliers. The proactive adjustment requested from the UKGC is the heavy debated Bonus Buy feature. Also known as Feature Drop or Feature Pass. The somewhat controversy option first saw the light of day in November 2017 when Big Time Gaming launched the Slot White Rabbit. And it didn’t take long for the industry to jump on the success train. And game providers such as Relax, NextGen, and Yggdrasil also wanted a part of the market. But, what does this mean for the online gambling community in the UK?

Hard Coding or not

Like it or not, when the UKGC pulls out the wand and points, operators and providers in the UK need to fall in line. In the request, the UKGC prompts all game aggregators to remove the feature from the games. Or if not possible, disable the game as a whole. This is where the development of the games comes interesting. As there can only be three likely scenarios. First one, simply just deactivate the feature. The second one, remove the game. The third and final alternative, temporary remove the game and make necessary adjustments. It all comes down to how the programer coded the game. However, if option number three is the only one on the table, it means the game needs to go through a new cycle of auditing. Which will not only drag out in time but also affect potential revenue for the operator and the provider.

Although this new regulation might have come as a surprise, indication shows that most of the UK facing brands housing these games continued business as usual. In the end, it’s not a huge portion of the game portfolio that are affected by the new guidelines. According to sources, the UKGC has not set a hard deadline on the feature removal. And at this point, the necessary precautions need to happen within a reasonable time-line. All in all, the news is not that big of a deal for the UK players. As none of the titles with the feature has proven to become a Blockbuster.